As one of the biggest fashion retailers in the UK getting customer service right has become increasingly important for New Look. With 569 branches in the UK, and a further 200 internationally, the company has 20,000 employees globally, of whom 18,000 are directly customer facing in stores. These employees, together with staff in customer contact centres, are the vital face of New Look in delivering friendly and efficient service to a largely young (Millennial) customer base. While the great majority of New Look’s sales come through its stores (around 86% in their last financial year), online and mobile channels are becoming ever more crucial, and are driving a change in customer expectations in terms of service.

As Louise Moghaddam, Senior Group Customer Service Manager, explains: “The more people shop or browse online, the more stores have to provide an experience, a social element, to complement the online experience. Customers have a greater expectation around receiving style advice from staff in-store, or may come in with friends to sit on the sofas and give each other opinions on outfits, all the while tweeting or taking selfies.”

Louise, who is responsible for customer service across all channels at New Look and reports directly in to the UK Managing Director, says: “Our stores have to be more than just transactional retail environments now. They have to reflect that social dimension and so customer service has become a vital part of the whole experience.” As a result, there has been a growing emphasis on customer service at New Look over the last couple of years. The company launched a new service strategy and became members of the Institute of Customer Service in the summer of 2014. They’ve attended a number of the Institute’s seminars and networking events.

Service at the heart of the agenda

When they heard about National Customer Service Week (NCSW), they were keen to take part. “I had actually been involved in NCSW at a previous employer myself. It felt like a great opportunity to talk to all our staff directly about customer service with one consistent message across our operations. We saw the opportunity to put service right at the heart of the agenda.” Their approach to the week was centred around the company’s New Look staff Twitter account, a ‘protected’ account on Twitter that only members of staff can follow and interact with.

Louise explains: “We followed the broad themes set out by the Institute for each day, starting the conversation off with a couple of tweets at the beginning of the day and then sharing and retweeting replies. We also made sure to share compliments received through our contact centres from customers about great service they’d had, putting an emphasis on positive mentions.” The week provided an opportunity to encourage more staff to follow the staff Twitter account , and it clearly worked, with numbers rising 15%.

It wasn’t just a case of increasing followers. NCSW turned out to be the biggest story of the year on the staff Twitter account, with more tweets and interactions than on any other story. “It was massively impactful,” Louise said. They used a hashtag for the week – #NewLookMakeMyDay, and incentivised staff to get involved by giving instant rewards for examples of great service, both by giving branches a small budget for treats for the week and by sending out 100 giant Millies cookies across the five days! “It’s often the little things,” Louise reflects. “People were really excited when they got a giant cookie and were taking selfies with them and posting them on Twitter, and sometimes getting customers into the pictures too!” They made sure contact centre staff were involved and rewarded as well. Service during the week also counted towards their existing certificate and badge scheme.

The week itself was fun and very active, but did it provide any longer term benefits? And did customers notice the difference? Happily, there was a resounding ‘yes’ on both counts. “The results were fantastic, better than we could have expected,” Louise says. “Customer satisfaction as measured during the week through feedback forms rose by 2% to 82%. What’s even better is that it hasn’t dropped below 80% since. So NCSW was the catalyst for us breaking the 80% barrier. We even maintained it in December when satisfaction usually dips, as it does for every retailer simply because it’s so busy.” In fact, it went up in December to 83%. “Customer ratings across all our key criteria (such as ‘made me feel welcome’ or ‘was greeted with a smile’) went up, as did the proportion of what we call WOW’s, which is when customers single out individuals for praise. At the same time, the number of customer ‘rescues’ needed, when a customer has a complaint and asks for us to help them with it, fell. So we have concrete evidence that NCSW made a difference, and a lasting one too.”

“We definitely plan to take part again next year and indeed we want to do it on a bigger scale,” Louise says. “We also want to get the Board even more involved. They were very engaged this year, with a number of directors either joining calls in the contact centre or going out to stores to take part, but next year I want to have more of that. NCSW has helped us prove the value of customer service because of the visible reaction from customers. We’ve shown that service is not just a soft thing, there’s real value in it.” 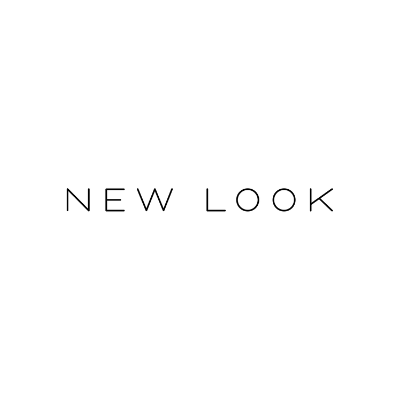