The company’s operations are extensive. It services some 2.4m domestic households and 160,000 businesses in Scotland. With a turnover of £1.2bn per year and employing around 3,750 staff, it is the fourth largest water company in the UK. With such a large customer and geographical base to cover (30,000 square miles), it is not surprising that Scottish Water has a very busy workload. It deals with, for example, around 40,000 sewer blockages a year. Service standards, therefore, are an absolute priority.

High aspirations, Scottish Water’s commitment to customer service is in part driven by its regulator, the Water Industry Commission for Scotland, who sets the service (and efficiency) standards that it must meet during each regulatory period. The company has in fact set itself even higher standards that it aspires to reach. It benchmarks itself not merely against other utilities but against other leading service providers in different sectors.

Peter Farrer, Chief Operating Officer at Scottish Water, who has responsibility for both operations and service, says: “Customer service is fundamental to what we do. We have proven that you don’t have to be a private company to deliver leading levels of service. We’ve also shown that, with the right focus, it is possible to drive up both customer service and operational efficiency at the same time.” The company has taken customer service seriously for a long time. Nine years ago, it introduced a ‘Customer Experience Measure’ whereby customers who have dealt with Scottish Water receive a survey asking for their views on their experience.

When this started out, it was done every six months to a sample of 1,000 customers. In the last few years, however, the company has significantly expanded this so that any customer interacting with the company receives a survey, sent to them by the same channel as they contacted the organisation through (phone, email, social media etc). Response rates are impressive, with around a quarter of surveys being completed, meaning that the company receives 1,000 to 1,500 pieces of detailed customer feedback every month.

This expansion of the Customer Experience Measure is one of the things that Peter Farrer has introduced since becoming a Board Director in 2009. But he has also deepened the level of information captured so that a customer’s satisfaction can be taken right down to an individual operator level in the contact centre or the field. League tables are produced at an individual, team leader and manager level.

“This has driven a real culture change. It’s one of the ways we’re doing things that not many other utilities are,” Peter explains. “Nobody wants to be at the bottom of the league table! But we don’t just use the information for coaching purposes around areas for improvement, we also use it for positive and motivational purposes, such as positive reinforcement when a customer praises an individual or team for great service. It gives us such a rich seam of information. We have recently introduced the Customer Experience Measure for businesses too.”

Another important facet of Scottish Water’s commitment to customer service is its membership of The Institute of Customer Service. Again, this is an area that Peter has driven significant changes to since becoming Chief Operating Officer. Scottish Water is in fact one of The Institute’s earliest members, joining in 1999. But for many years the company largely confined itself to working with The Institute on the training of its front end customer service staff.

Peter became a Board Member at around the same time as Jo Causon became CEO of The Institute. As one of The Institute’s largest members, Jo came to visit Peter early in her tenure. “We made a great connection,” Peter recalls. “I was very impressed by Jo’s passion and enthusiasm for improving standards of customer service, and I think she was impressed by our focus on it too.” Jo invited Peter to become a Vice President of The Institute. The Vice Presidents don’t sit on the Board itself but meet regularly in an advisory capacity. “Being a Vice President means that I rub shoulders with other senior executives from some of the best customer service organisations in the country,” Peter says. “We can share learnings and experiences, and I can take things back to try them at Scottish Water.

The company also makes much greater use of some of The Institute’s products and services such as the UK Customer Satisfaction Index (UKCSI), which surveys 10,000 individual customers of organisations across 13 sectors. The Institute has also provided an additional benchmark based on the responses of Scottish customers in the UKCSI. “Previously we didn’t utilise the UKCSI, but now it’s one of our fundamental business measures,” Peter says. “We use it as a means to benchmark ourselves not just against other utilities but against leading providers of other essential goods and services. Utilities are one of the poorest performing sectors in the UKCSI so we don’t want to just be the ‘best of a bad bunch’, we want to match the best, full stop. We have to be realistic though, because we’re always going to struggle against the likes of Amazon or John Lewis with whom customers have such regular interaction. That’s why we are targeting leading levels of service provided by other providers of essential products and services like Food Retail. Water is still a ‘silent service’ for many, but we’ve been doing pretty well, near the average across all 13 sectors. That’s good, though we still have further to go.”

The company has also achieved ServiceMark, a national accreditation awarded by The Institute, that recognises an organisation’s achievement in customer service – and was in fact the first large multi-site organisation to obtain it. Last year it gained re-accreditation. Peter reflects: “Whereas the UKCSI is in effect a lag indicator of how you have been doing, both ServiceMark and the employee survey ServCheck, are cultural indicators of how you’re performing. So they are really important to us too. ServiceMark, with its absolute scores that you have to meet, sets a high standard. We have also spent a lot of time with The Institute redesigning our various in-house training programmes for staff.” Another area the company has been involved in is The Institute’s forum on providing service to vulnerable customers. This has led to it linking up and working closely with electricity distributor Scottish Power Energy Networks. “That’s one of the many spin-offs at all levels from our involvement and participation with The Institute,” Peter says.

Holding up the mirror

Results have been going well. When Scottish Water first featured in the UKCSI nine years ago, satisfaction using their own real time Customer Experience Survey tool was at 60%. Now, they are consistently hitting 90% or more. The ‘Your Voice’ employee survey meanwhile, which is run independently, has an 80% return rate with engagement scores improving from 50% to around 70% in the last five years. “I don’t think there’s any doubt that working with The Institute has had a fundamental impact on our progress,” Peter says. “The regulator plays an enormous role, setting the standards we have to meet, the hygiene factors if you like. But with The Institute we have awoken to the art of the possible, setting our own agenda on how far we want to push service standards over and above the regulatory targets. The Institute has held the mirror up for us and made us look across all of the other 12 business sectors too. They have given us some lightbulb moments.”

Find out more about membership 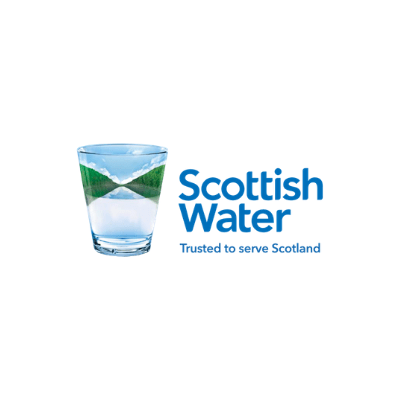