The event draws hundreds of business leaders and service professionals to learn from examples of global service excellence and share best practice.

A glimpse of our last conference – March 2020

The Institute of Customer Service Annual Conference is the biggest forum for customer service thought leadership and best practice in the UK. The event draws hundreds of service professionals and business leaders together to learn from examples of global service excellence and share best practice.

Last year was our highest rated conference yet and we will be doing everything we can to make the next one even better. It will again be a live event, but we may need to limit capacity depending on circumstances. Should it not be possible to hold a live event, we will run the conference virtually.

Karan Bilimoria is the founder of Cobra Beer, Chairman of the Cobra Beer Partnership Limited, a Joint Venture with Molson Coors, and Chairman of Molson Coors Cobra India. In the Monde Selection, one of the most prestigious quality awards in the world for beer, the Cobra range have collectively been awarded a total of 111 Gold and Grand Gold medals since 2001, making it one of the most awarded beers in the world.

Lord Bilimoria is the Founding Chairman of the UK India Business Council, a Deputy Lieutenant of Greater London, a former Chancellor of Thames Valley University (now the University of West London); he was the youngest University Chancellor in the UK when appointed. Karan was a former Senior Non-Executive Director of the Booker Group now TESCO PLC (2007-2016); he is one of the first two visiting entrepreneurs at the University of Cambridge; he is a founding member of the Prime Minister of India’s Global Advisory Council. In 2006, Karan Bilimoria was appointed the Lord Bilimoria of Chelsea, making him the first ever Zoroastrian Parsi to sit in the House of Lords. 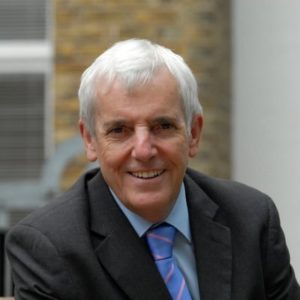 Peter Carter was CEO of the Royal College of Nursing from January 2007 to August 2015. Prior to that he was CEO of the Central and North West London NHS Foundation Trust for 12 years.

He is now an Independent Healthcare Consultant. Since leaving the RCN he has worked across the UK and internationally he has worked in ten countries. He has on three occasions been asked by the NHS in England to be the interim Chairman of NHS Trusts. From November 2016 to March 2017 he was the Chairman of the Medway NHS Trust and from October 2017 to February 2018 Chairman of the East Kent University Hospitals NHS Foundation Trust. In February 2019 he commenced an assignment as Chair of the North Middlesex University Hospital NHS Trust ending in October 2019.

He has written articles for journals, newspapers and chapters in books, appeared in TV documentaries and has been interviewed many times on TV and radio. He has twice been the subject of the BBC TV programme Hardtalk.

More speakers to be confirmed soon…