Since starting out from founder Jeremy Hyams’ front room in 1996, Claims Consortium Group has become something of a success story. Now employing nearly 300 people, primarily at their offices near Taunton in Somerset, the company provides property claims handling and claims workflow technologies working with the majority of the UK’s blue chip insurers. They specialise in claims for property damage from perils such as storm, flooding or fire. Integral to the group’s success has been a focus on customer service. You only have to read a short way down the homepage on their website before you come to the statement: ‘Customer service is the foundation of everything we do.’

Matt Brady, Group Managing Director, explains: “We’re very conscious that the customers we deal with are in a situation they didn’t want to be in. They’re often stressed and, having placed their policy with a blue chip insurer, have high expectations of service. So we put the emphasis on service right from the outset. For example, we ask our call centre staff to score a customer’s happiness from their very first call. This individualises the customer and places the focus on customer satisfaction straightaway.”

Service through the supply chain

However, customer service is not only delivered by Claims Consortium staff themselves, but also by the company’s network of partners, the contractors and surveyors that they employ to assess building damage and carry out work. As a result, the company works very closely with its partners and delivers customer service training to them through regional workshops. “We have a multi-layered operation and we need to get our supply chain to work in the same way as us,” Matt says. “In many ways, the most difficult part is getting the service ethos embedded into businesses that are not ours , so we work very hard at that.”

The majority of customer interaction is over the phone, but online is also growing fast as a channel. Overall, about a third of customers mainly use online, and for one insurer client, this rises to around 50% of their customers. Claims Consortium has developed a unique social media style portal called TrackMyClaim through which customers can communicate with parties involved in the claim and track the progress of the claim and repairs in real time. They can use it as an information source only or proactively post messages or add photos. An extension of this is Synergy, the company’s multi-enterprise software platform that brings all parties (not just the end customer) involved in the claims process together in real time, linking up everyone in the chain. “We’ve had around 1.5 million uses of Synergy so far since we launched it in 2015,” Matt says. “We think it’s a step-change in the industry. The system has also garnered outside recognition , such as winning the Institute of Customer Service’s Customer Satisfaction Innovation award in 2017.

The system has also garnered outside recognition, such as winning the Institute of Customer Service’s Customer Satisfaction Innovation award in 2017. Claims Consortium Group has been a member of the Institute since 2013 and, in 2016, achieved ServiceMark accreditation. They also use The Institute’s FirstImpressions customer service people development programme, run by their in house Learning and Development team.

Matt reflects: “Key to our business strategy is to invest in and develop our staff. We don’t have a ready market of insurance specialists around us here in Somerset so it’s essential that we train our people well ourselves and can retain our talent. We already had insurance qualifications that staff can do (through the Chartered Insurance Institute) but we needed something on the customer service side too, and the Institute fits the bill perfectly.”

The company didn’t rush in to doing ServiceMark, but ran the staff and customer surveys first to benchmark where they were before deciding to go for accreditation. Carly Eggar, Head of Accreditation and Certification at Claims Consortium, says: “We didn’t want to just chase badges and we realised that ServiceMark is not about badge collecting. We learned a lot through the surveys, of both our staff and our customers. For the customer surveys, we surveyed both our insurance company clients and their policyholder customers to get the fullest possible picture. A lot of the learnings related to the communication piece. It became very clear that although we were doing many of the right things as an organisation, we were at times failing to ensure that our staff and customers were kept as engaged as they should have been with changes we were making and the reasons behind them. This is something that we have worked extremely hard to address over the last few years and is an ongoing commitment.”

One of the biggest impacts of doing ServiceMark was internal, as Carly explains: “Staff found it really motivational to see that we were serious about benchmarking ourselves against the best. It gave them a greater sense of ownership too, that their views were being asked for and listened to. Gaining accreditation is like a validation, a sign of their efforts being recognised and rewarded. Since we did ServiceMark, staff have asked me when they’d be doing the survey again, so keen are they to be involved!”

When the assessor came in as part of the accreditation and interviewed around 25 staff, many of them were fairly nervous and didn’t know quite what to expect. But you could see their enthusiasm afterwards and how inspired they were. Meanwhile, First Impressions training has become part of the company’s on-boarding process and some 65 staff have been through it. Claims Consortium is also piloting the Institute’s more advanced Level 3 qualifications which were launched to the business as part of their National Customer Service Week celebrations and have received great levels of interest so far.

But it is not only on the internal side that the company has seen the benefits of its work with the Institute. Matt Brady says: “There has been at least one instance where we won a contract with an insurance client and our ServiceMark accreditation was one of the deciding factors. It was the tie-breaker if you like, that tipped the contract in our favour. Of course, winning new contracts or retaining existing ones is usually the result of multiple factors and complex scoring systems, but having the accreditation and being members of the Institute certainly helps” Matt also values some of the materials that the Institute produces, such as the ‘Customer of the Future‘ report which, he says, “helped me to think further about customer behaviours and therefore service strategies.” In the end, the goal as Matt sees it is quite simple: to provide a joined-up, professional service that satisfies the customer and therefore the end client. “The best we can do in fact is hardly to be noticed,” he says. “Our greatest compliment is when it’s been so effortless for the customer that they don’t even remember who we are or what we did!”

Find out more about ServiceMark 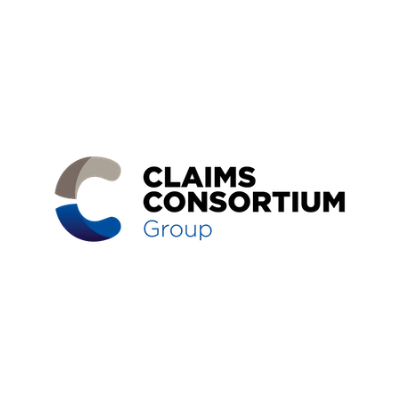