As the power behind energy efficiency, IMServ provides energy data and metering services to a range of customers. They include the energy suppliers, organisational energy users (companies) and energy management partners such as energy consultancies or brokers. Monitoring around 275,000 metering points remotely and covering 25% of the UK’s electricity consumption through its network, the company collects approximately 80 billion units of energy data per year. IMServ provides multi utility solutions, gas, water and electricity, with its key expertise within the electricity industry.

Headquartered in Milton Keynes with 350 employees, the company has been operating for 25 years now and is one of the leading players in the complex business of energy consumption data and analysis. The Energy industry is increasingly a highly competitive market, undergoing significant change, meaning that levels of customer service can be an important differentiator.

Service on the agenda

It was about five years ago that senior management at IMServ realised they needed to do more around the service agenda. Steve Brown, Managing Director at IMServ, explains: “We got to a point where we were conscious that our levels of both customer service and employee engagement were not where they needed to be. Anecdotal comparisons with competitors showed that we weren’t necessarily any worse than them, but we wanted to be better than the average of a mediocre bunch!” So it was that, in 2012, the company became members of the Institute of Customer Service and began to work towards ServiceMark accreditation.

“We were particularly keen to improve employee engagement levels because we understood the link between engagement and customer service and wanted to create that virtuous circle, which could then help differentiate us in the market,” Steve says. “So we were clear about what we wanted to do, but we didn’t have the framework to deliver it on our own.” The Institute and ServiceMark provided that framework. That was the real value add. The company achieved ServiceMark in 2013 and has recently been reaccredited for a further three years to 2020. Satisfaction scores have improved in both the Business Benchmark survey of customers (from 72.5 to 78.7) and the employee survey (from 79.6 to 80.6).

The process, which Steve describes as challenging, generated a number of key insights and changes. “We realised that we needed to shift the culture slightly because we had a very operational mind-set,” Steve explains. “But sometimes the customer doesn’t care as much about operational nuances as we think they do. They just want to know what their data shows, not so much the technical detail behind it. So it was about aligning our operational delivery with customer service more effectively.” There were also some significant internal changes that came about as a result of ServiceMark and the recommendations provided by The Institute as a result of its independent assessment. Firstly, in order to improve collaboration between teams, IMServ reorganised how the teams sat in the office to reflect the’virtual data production line’ of their services to the customer.

Secondly, they introduced a system of management business information boards that showed the KPIs for the operational teams and performance against them and started a schedule of regular team talks in which these boards were discussed. “This improved performance awareness and collaboration between teams,” Steve says. “Importantly, the KPIs were not the Board’s KPIs, they were derived by the teams themselves, according to what mattered in their own roles. So there was an empowerment process at play in giving staff the ability to shape what was measured and managed.

Another area of focus was on improving two-way communication with the company’s meter technicians and readers, remote workers who represent nearly one third of the workforce. “Their engagement scores were low. Improving their engagement also improved their efficiency, so there was a double benefit,” Steve observes. In addition to ServiceMark, the company has also undertaken some of the Institute’s ServiceFocus training programmes after learning and development came out with low scores in the employee surveys. IMServ has also appointed its own training manager to help in the development and delivery of training.

The result of all these efforts is that the company is now in the top quartile for service amongst its peers, meeting their original objective. “It’s not exaggerating to say that there has been a complete turnaround in employee engagement and customer satisfaction since we began the process,” Steve says. “We already had things we wanted to change, but working with The Institute has significantly helped us on the way and enabled us to really put a focus on it.

Working with our Client Relationship Director has helped us think differently and more broadly as a management team.” The payback of all these initiatives has been palpable. Having lost a major retail customer a few years ago because of service issues, they have recently won them back and the customer is very satisfied with service. IMServ hasn’t lost a major supplier or energy management partner in the last three years. “We grew revenue by 10% last year and it’s up 20% this year to date. It’s difficult to establish a precise link of course but I have no doubt that if you create that virtuous circle of engagement and service, it feeds off itself,” Steve says. The company now also runs two major projects every year, one on the customer side and one on the employee side. This year’s customer project is around installing a new CRM system and also dealing with complaints more effectively, while the employee project involves the company’s internal ‘WeEngage’ team running Food For Thought sessions to air any issues and ideas amongst staff.

“A few years ago if you walked around the office, you could sense that things could be improved,” Steve reflects. “Now, walking round you can sense an energy and a feel-good factor. We know we can’t ever afford to ease up, that if you stop continually emphasising service things can go backwards, but we’re certainly on the right path.”

Find out more about ServiceMark 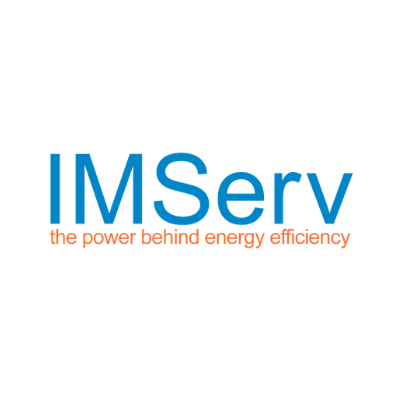