The University of the Arts in London (UAL) is the biggest arts university in Europe, and ranked sixth in the world for Art and Design in the QS World Rankings 2018. The University draws together six renowned colleges, each with its own distinct reputation, including Saint Martins and the Chelsea College of Art.

Attached to UAL is its own awarding body that was set up ten years ago and runs pre-degree arts qualifications that are equivalent to either A levels/BTecs or GCSEs. The UAL Awarding Body devises the curriculums, sets the tests and assesses and monitors the institutions delivering the qualifications, which are mainly FE colleges but also include sixth forms, schools and some universities. UAL itself, for example, offers an Arts Foundation course that is run by the UAL Awarding Body and is taken by around 1,000 students annually. Nationally, some 44,000 students take UAL Awarding Body qualifications each year, gaining a UAL diploma or extended diploma in such subjects as Art & Design, Creative Media, and Performing & Production Arts.

It’s been a fast-growing business, with significant expansion of workload in the last couple of years as the popularity of the qualifications has grown and an increasing number of colleges and schools have begun offering them. This has meant that the number of staff at the awarding body has also risen significantly, from 9 to 36 in just two years. Whilst this has been a very positive development, it has also presented some challenges as Ross Anderson, director of the UAL Awarding Body, explains.

“We have always taken the level of customer service that we deliver to colleges and schools extremely seriously,” Ross says. “We aim to take a partnership approach, growing long-term relationships and, unlike many other awarding bodies, we like to deliver our customer service face-to-face. Some bodies are increasingly monitoring and taking evidence from colleges through online platforms, but we prefer to go out and visit institutions even if that is more work intensive and takes more time. However, the growth of the business meant that we began to find it increasingly difficult to deliver the level of service we wanted to as the volume of incoming queries rose.”

Ross recognised that he needed to bring a number of new people into the team and also make several changes to systems and processes to keep on top of the workload.

However, another important step that Ross saw the need for was to undertake some customer service training for the whole team, giving everyone the chance to step back and take stock of what they did and how they worked, seen through a customer service lens. This led to the UAL Awarding Body becoming members of The Institute of Customer Service, with the whole team, then around 30 people, going through The Institute’s FirstImpressions course. FirstImpressions is an interactive short training programme consisting of four modules covering different aspects of customer service, delivered over two days with a gap of usually around one to two weeks between the days to allow an assignment to be completed.

“The training was really successful,” Ross reflects. “It was a great kick-off point for us that helped us all to understand that we’re a service providing department in which all of us are providing service, not just the individuals who spend the most time answering phone enquiries. I think some of the more front-line team members were feeling a bit isolated and weren’t sure that others understood the value of what they did. The training helped us develop a more shared culture and a better understanding of service delivered by the whole team.

The training was delivered on-site at UAL by The Institute’s Academy.

“I think it was really important to have an external voice in the room,” Ross says. “It was helpful to be reassured that what we were experiencing ,some service issues around the edges due to rapid growth, was quite normal in an organisation of our nature and size. Overall, the training made team members feel more empowered. In particular, there was an ideas generation exercise that was excellent, people came up with a whole range of ideas that we captured and made sure we took back to be actioned wherever possible. One small example was that we reconfigured the hunt groups on our phones to better direct calls. This was something we already knew we had to do, but the FirstImpressions training made us actually do it!”

Ross plans to put new joiners through the FirstImpressions training in the future, and is also planning to introduce the ServiceManagement training offered by The Institute for managers and team leaders. There is a leadership team of four at the awarding body, and six further middle managers, all of whom will potentially undertake ServiceManagement.

The benefits of the FirstImpressions training are clear to see. Before the training, the satisfaction scores from The Institute’s survey for staff was running at 50% – well below the national benchmark. Now however it has risen to a much healthier 70%.

“I am absolutely delighted with that,” Ross says. “That uplift is the result of a range of things we have done, but the FirstImpressions training certainly played a large part.”

The UAL Awarding Body is just about to renew its Institute membership for a further two years. Within that time, one of Ross’ ambitions is to secure ServiceMark accreditation which is achieved through a combination of survey scores from customers and staff plus an assessment by an external assessor from The Institute. “We get lots out of our membership of The Institute, regularly attending the annual conference and also a number of the seminars and roundtables that are put on” Ross reflects. “To achieve ServiceMark would be the icing on the cake. We want to show that we’re good at this and obtaining the accreditation would be a great reward for our collective efforts. I’d love to report upwards to the Board at the university that we’ve got it. We’ll see!”

Find out more about The Academy 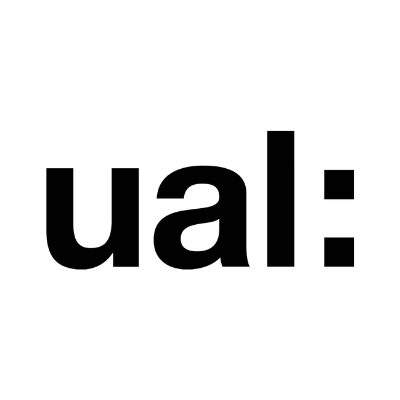 Ross AndersonDirector of the UAL Awarding Body, The University of the Arts in London