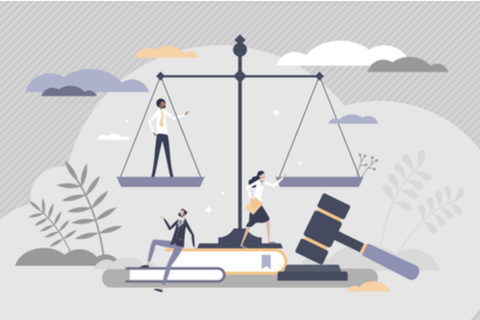 One of the issues we are passionate about at The Institute is that all customer service professionals should be treated with respect and decency by customers – and should not be exposed to threatening, abusive or even violent behaviour. This is a problem that, sadly, has become ever more widespread since the onset of the pandemic.

So we’re celebrating the fact that our Service with Respect campaign launched eighteen months ago has now achieved real and lasting change, with an amendment to the law to better protect customer-facing staff.

As a result of our campaign – and the support it’s received from over 200 signatories – the Government has made amendments to the Sentencing Bill which has just received Royal Assent such that assaults “committed against a person providing a public service, performing a public duty or providing services to the public” will be an aggravating factor in sentencing decisions.

This means that abusive behaviour will be regarded as an aggravated offence and so the judiciary can consider more severe sentences, which could be custodial in some instances. This gives greater protection to customer service staff and should act as a greater deterrent against such behaviour occurring in the first place.

We are delighted and proud that our campaign has resulted in this lasting legacy. And unfortunately, it’s still very much needed. Our latest research shows that front line staff continue to face unacceptable levels of hostility – with half (47%) having experienced it in the last year. This isn’t something that has gone away as the pandemic has subsided: a quarter of staff worry that such aggression is on the rise, with inflation and the cost of living crisis seen as a trigger by two thirds of those we spoke to. There are real concerns that the issue will become more prevalent as the cost of living squeeze worsens and the pressure rises.

Another worrying factor is that half of instances of abuse go unreported. Many staff simply suffer the abuse and don’t want to escalate the incident, or feel that reporting it won’t make a difference. But no customer service team member should have to put up with that. My hope is that enshrining greater protection in law will give organisations the impetus to encourage and support staff to speak up and report instances of unacceptable behaviour.

Achieving Royal Assent marks a real milestone. In around two months’ time, the aggravated sentencing provision will be in full effect in law. We urge the police and CPS to take action where appropriate and the judiciary to use their new powers. But it doesn’t end here – to make it really effective, I encourage all organisations to take a number of steps.

Firstly, it’s essential to provide appropriate training to staff about what to do when potentially threatening situations arise. This includes ways to calm the customer down and take the heat out of a situation, as well as providing clear warnings to the customer to try to prevent a situation from escalating. It’s also important to coach staff around coping mechanisms so that they increase their resilience and don’t take nasty incidents personally. When an incident does occur, it’s vital that they know what to do afterwards in terms of reporting it, and that they can be confident they’ll receive the support and empathy they need.

Another key aspect is that organisations should have a formal mechanism in place to review any incidents at a senior level. Who should a team member report an incident to in the first instance? Who will then review it initially and which senior figures will be involved in assessing it after that? Having a clear, established process will ensure that incidents are dealt with effectively and with the importance they deserve.

A thank you to our supporters!

I am truly grateful to all of the 200 organisations who have signed up to our Service with Respect campaign and given it their active backing and support. Also to the All Party Parliamentary Group and the many parliamentarians who have been so supportive, as well as bodies such as the trade union USDAW who have been campaigning for greater protections for retail staff.

Nearly 80% of the UK’s workforce works in customer-facing roles and mounting abuse is affecting staff across every sector. I hope that including the abuse of public service workers in the Sentencing Bill will be an important leap forward in achieving the greater levels of respect that our dedicated and highly skilled customer service professionals need and deserve.