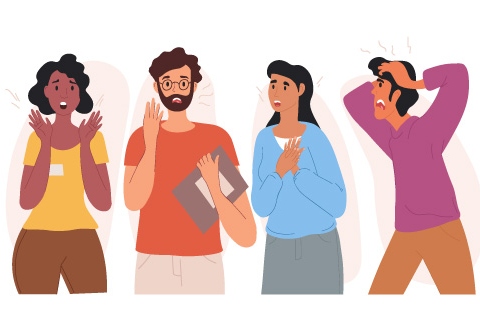 Last week we shared fresh insights on the daily fear that many of our customer service colleagues are forced to operate under. They provide a robust riposte to those tempted to dismiss the concerns over abusive customers as nothing more than the catcalling or lairy behaviour that many of us may face in boisterous pubs or on the street. The findings underline that the hostility faced by customer service workers far exceeds the circumstances under which current law was devised to protect the average citizen from abuse or assault.

In all half of the 1,000 customer service workers we surveyed had experienced hostility within the last six months, and of these more than a quarter of these had been physically assaulted. A further 12 per cent had faced discriminatory abuse such as racist insults. Let’s just think about that, if one in eight of your friends and family had been physically assaulted in the last six months, wouldn’t you be demanding a change in the law?

That is exactly what we’re doing, and I have been delighted by the response from my colleagues and members following our backing for the Ten-Minute Parliamentary Bill presented by Olivia Blake MP to make the abuse of frontline workers a criminal offence. It feels like after a year of relentless campaigning to achieve “Service with Respect” that real change is at last being debated.

However, that change cannot come soon enough for our colleagues on the front line, importantly too it is our duty as employers to encourage our teams to report every instance of abuse. A concerning statistic in our most recent research was that half of those we spoke to had failed to report instances of hostility as they didn’t think it would make any difference. The reasons for not reporting such crimes varied, but many felt that such instances occurred too commonly, sadly they felt it was just something that comes with the territory! Reassuringly the majority felt well supported by their employers, but the lack of belief in the possibility of change should concern us all and as employers there is still more we can all do.

I am humbled that our campaign is backed by more than 180 organisations, and I ask you all to ensure that this support is communicated to your workforces both in your words and your deeds. Those we spoke to overwhelmingly backed a change in the law, but they also highlighted other measures already within our grasp that they believed would be effective in reducing the risk from hostile customers. These included clear zero tolerance policies, an extension of CCTV cameras and greater advertisement to customers that their words and actions were being recorded. Let’s listen to them and act now to keep our colleagues safe.

I firmly believe that the opportunity and responsibility to act on customer hostility rests with each of us; whether it is in treating each other with greater respect, reporting instances of hostility or implementing more effective technology and training programmes. We must work hand in hand with authorities and each other on measures to alleviate abuse and to make it a specific criminal act. I know that by working together we can stamp out such unacceptable behaviour from across our society, and I’m confident that with your support we will be successful in achieving such change.

Protecting the mental wellbeing of our service professionals is key to business success
As National Customer Service Week closes, reflect and celebrate our achievements
Reset expectations to make the world of work, work for all