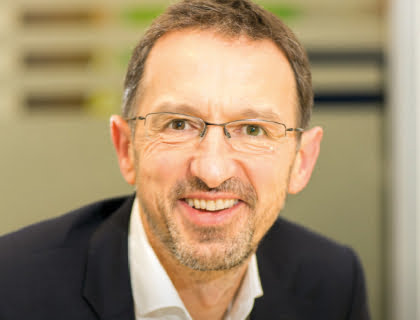 The state of many Britons’ finances is a parlous one to say the very least. Not only do a staggering 25% of adults have no savings at all (with Money Advice Service data showing that more than 16 million UK people have less than £100 to their name), but more challenging still, debt is a major consequence of this lack of management of money.

Research by a member of The Institute of Customer Service, Skipton Building Society, recently found that 1 in 10 people admit to regularly spending more than they earn, meaning that altogether Britons owe a whopping £72.5 billion on credit cards alone, plus billions more in the form of loans from banks or credit from retailers. The result of this is mass levels of ‘indebtedness’ – the technical term for anyone being up to three months behind on their commitments. For these people particularly (and a fifth of the UK population fall into this category), their situation can often spiral out of control, with those in debt three times more likely to borrow additional money again, thereby worsening their situation. As time goes on, this can lead to some of those debts being turned over to a collection service.

For the last 20 years, Cabot Financial has been the company many banks and other credit providers have come to when they need to turn longer-term debts over to a collection expert. Today, it is the UK’s largest debt purchaser, with 6 million customers. “The model is a very simple one,” says its MD Derek Usher, talking to Customer Focus, “Banks come to us with a portfolio of debt, and we offer to buy it from them at a particular price. It’s based on calculations we make that we’re able to offer sensible, and achievable repayment plans with those who now owe us money.”
Whilst there is always a risk to this (Cabot knows it may never be able to locate a small proportion of the people it takes onto its books), the business is a sound one. The average arrears (per person), it takes on is around £2,500, but in doing so, Usher says he can be confident of one thing – that not only will his business do a much better job at dealing with people more humanely, but those individuals will actually get the highest levels of ‘service’ from his firm in what has historically been considered a bit of a challenging sector. “There’s no doubt ‘debt collection’, as it used to be called, has a certain connotation – but that’s where we think we are making the difference,” says Usher. “We actually imbue a service culture many may not be expecting.” Proof of this can be seen in Cabot scooping two UK Customer Satisfaction awards in three years – both of which have been since Usher arrived in 2016. How? He says he’s brought with him a clearer sense of what service at Cabot needed to be. “In 2016, I admit we probably didn’t have the colleague element to our service right,” he concedes. “We had a call listening team, but they were perceived more as ‘police’ rather than people who were primarily there to listen and help improve service. So this was a cultural thing I wanted to change.” He adds: “One of the very first things I did was to introduce weekly call listening sessions, inviting the whole management team in, where we would sample a range of calls and talk about what was good, and what could be improved. A key part of this is also having colleagues there too – actual agents – who can shape the model.”

These listening sessions still happen, and Usher has introduced even more initiatives to measure service. “Would customers say they ‘expect’ high attention to service? Probably not,” he asks rhetorically. “Would they say they even need it? Again, probably not. But after their experience of talking to us, I’m certain people say they now feel much better about it – in fact, I know this because we measure it.” Certainty comes from an intuitive used piece of technology Usher has had implemented that – in real time – listens to agent-customer calls as they’re happening. As well as prompting agents to make sure key validation questions have been asked, it actually determines sentiment, by listening for key words, or groups of words. It then also has the capability to monitor those key parts of a call and compare the results of each agent, so that the agents themselves can use it as a self-coaching tool. The team can also send text messages to customers  requesting feedback after each contact, part of which is a score out of ten, with a nine or ten out of ten considered a ‘Wow!’ (90% of calls reach this level). However, the biggest impact is from customers getting to leave a voice message about how they felt about the interaction. Those messages are shared back with the agent who the customer spoke to. Anything below six (which is only 4%), is internally described as an ‘Uh-Oh’. These calls are listened to by peers and reviewed for improvement. The customer is also called to ensure that their concern is addressed.

It’s this incredible attention to service detail that has seen Cabot win what it has, and according to Usher, independent benchmarking proves it works – with Cabot performing better from a debt-handling success point of view (i.e. having fewer defaulters, or nonpayers) than rival companies. And yet, he says the reason he does all this is much more fundamental than simply recovering money: “The core of our ethos is making sure we do the best for each individual, to ensure we devise the most appropriate payment plan that suits their own particular situation,” he says. “This is a promise we just won’t break. If we really do think a customer can only afford to repay us £10 a month, we won’t make them pay £20 a month. In this respect, we take what people say their normal expenses are on face value.” He adds: “Some might say we’re being too soft, but we want to ensure we build trust and loyalty from our customers by encouraging them to be honest with us about their true situation and us matching that to the right payment plan. Our plans will always ensure repayments still enable them to have a decent standard of living. We’re not financial advisers, and we’re certainly not in the game of saying we don’t think you should live this, or that lifestyle.” For those who have never come into contact with the debt recovery sector, it certainly appears like a much more grown up conversation – and Usher says he’s proud of this – with agents having broad authority to set the repayment agreements themselves.

“We have to remember that customers don’t come to us,” Usher says. “Banks refer debt to us, and so when we write to customers, informing them that it’s us that is now responsible for managing their debt, it can come as a bit of a surprise.” Usher says: “Often customers tell us they actually wonder whether we’re a real company – which is why we place a lot of value on having a high Google customer rating of 4.5 out of 5. When they do then call – and some 60% of first contact is inbound to us – we need to give them confidence that we are fair, and that we will responsibly work with them.” Doing the right thing for customers is a phrase often used in customer service, but for this business, it has added relevance, and even though Cabot must position itself in such a way so that it can finance the debt it takes on, Usher is adamant his team will always listen to customers and tailor a plan to their unique circumstances. He adds: “So serious are we about making sure we don’t overstretch people, that we run journey reviews – looking at customers’ entire process from start to end, to ensure we always deal with them properly.”

He says most customers slip into money issues because of a divorce, losing a job, unexpected expenses, or a period of illness and they simply haven’t been able to keep up their payments. Sometimes this can be a relatively short-term issue for customers, but for others there could be some long-term circumstances, which need even more sensitive handling. Those calls which need the most sensitive handling are transferred to the Sensitive Support Team, who are dedicated to supporting customers in these most challenging circumstances. Given the difficult nature of the role, hiring the right people to service these vulnerable customers is critical, and Cabot focuses on hiring colleagues with not only great customer service attitudes and real feelings of empathy, but also the personal resilience to deal with the rigours of the role. Additionally, Cabot has put in place support groups and a range of mental health and well-being training and support.

With the Covid-19 lockdown in full swing at the time of interview, and millions of people suddenly thrust into severe financial strain, Usher says that Cabot’s services – and its customer-centric approach to helping people successfully manage their debt – will be needed even more. “Banks will tend to hold debt for three to six months, so we expect to see a greater need for our services towards the end of this year, and into 2021,” he says. “But what I’m clear about is that while Covid-19 might bring more people to us, it won’t change the way we deal with people, we will remain focused on finding the right outcomes for them.” Cabot also knows this unprecedented time may bring challenges to existing customers, as well. Says Usher: “There will be people already on our repayment plans that are now facing additional hardships, and so we will need to revisit them to check their plan isn’t seeing them struggle all of a sudden.” From a regulatory point of view, all customers have to be contacted at least annually, to ensure any changes in their circumstances are assessed, but Usher says he expects to do more outbound calling of customers – just to double check they are okay.

It’s all very different to the sometimes Dickensian connotations some people still have about debt recovery businesses. But Usher clearly wouldn’t have it any other way. “I just think providing good service is so essential now,” he says. “I get inspired by service professionals, when people forego their own interests and make sure I have a good experience – and that’s sort of what we do here.” He adds: “What really irritates me is when organisations put in processes that prevent the good service people expect being given to them.” You can be sure that this is one criticism unlikely to be levelled at Cabot. It’s service is now so good, it’s been asked by other providers and charities to share what they know with them. Concludes Usher: “We live by our promises.  That’s the service culture I like to lead.” 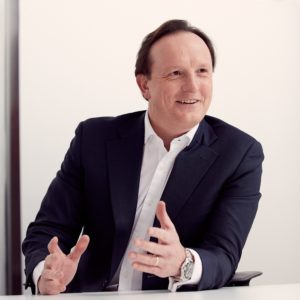 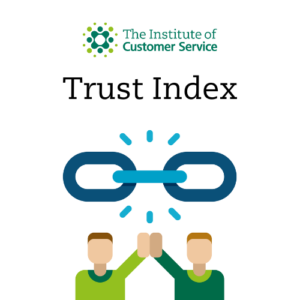 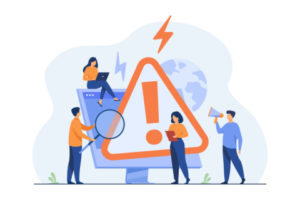