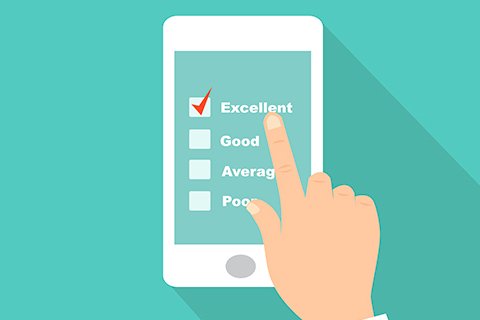 The Institute’s twice yearly UK Customer Satisfaction Index (UKCSI) is perhaps our most revealing and comprehensive piece of research into the state and direction of standards of customer service.

So the fact that, for the first time since the beginning of 2015, the overall customer satisfaction score has fallen for two periods in a row is very concerning. The drop may only have been slight this time around (0.2 points), but it appears to confirm my fears that a decline is beginning to take hold. In many respects, this is not surprising.

We are living through some of the most turbulent times that I can remember and it is inevitable that some organisations will circle inwards and take their eye off the service agenda as a result. Uncertainty abounds – from a feverish political atmosphere in the UK fuelled by the looming prospect of Brexit, to the global stage where we have a US president seemingly intent on ripping up most existing trade deals.

There are a wealth of contrary economic indicators too that only add to the sense of confusion: unemployment is at a historic low of only around 4%, but productivity remains in a slump and wage growth is also slowing. Meanwhile, the housing market is stagnating, we are seeing truly tough conditions on the High St, and customer faith in organisations has been rocked by the Facebook/Cambridge Analytica issue on the use of personal data.

It’s a heady cocktail of ingredients. Some might say a perfect storm. And all of this during the usually more tranquil summer months. What will things be like in the autumn and winter, when the feel-good factors of the World Cup and sunny weather are behind us and we really are facing the crunch point on Brexit

I believe that it’s essential companies don’t get seduced into a short-term defensive focus on costs and price as a way of fending off these difficulties. The most enlightened organisations recognise that it is in fact more important than ever, in challenging times, to stick to the customer service agenda. Our research shows that organisations who have consistently outperformed their sector for customer satisfaction have achieved stronger financial results and higher levels of trust and reputation.

The service agenda really does bring its own ROI. Our latest UKCSI sees perennial strong performers such as Amazon, John Lewis, Next and other big names continuing to set the standard. It also sees a number of smaller retailers upping their game, Iceland for example topped the supermarket sector.

Banks as a whole have shone, with customer satisfaction at its highest point for the sector since the index began in 2008. However, there are plenty of worrying signs beyond the overall drop in the satisfaction score. More organisations saw a fall in their individual scores over the last six months than saw an increase.

The number of ‘right first time’ experiences for customers fell by two percentage points, while the proportion of customers complaining that an organisation failed to keep its promises and commitments more than doubled, from 5% to 12%. My message to business is: hold your nerve. Stay true to the service agenda and the things that really differentiate you to the customer.

It may be easy to get sucked into a defensive price game, but if you do the right thing by holding to your values and focusing on enhancing the customer experience, the returns will follow in the future. It may feel like the world is going haywire, but doing the right thing by the customer brings its own certainty and, ultimately, its own rewards.