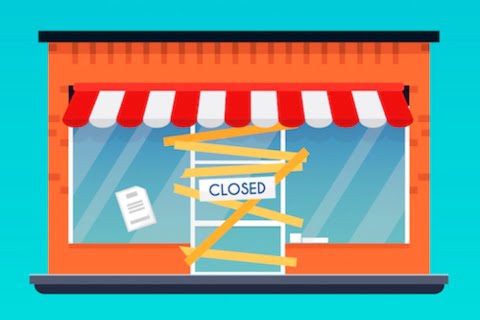 February saw the biggest year-on-year fall in five years in terms of the number of consumers visiting retail stores, according to data from the British Retail Consortium (BRC) and retail intelligence firm Springboard.

A period of unseasonably warm weather wasn’t enough to stem the flow of declining visits to high streets, retail parks and shopping centres, with footfall falling by 2% compared with February 2018.

It also marked the 15th month in a row of falls across the UK, with Northern Ireland proving to be the only exception to the pattern.

In England, the South West and East were the worst-performing regions in terms of the declining numbers of shoppers visiting stores, seeing falls of 3.5% and 3.4% respectively. London saw a 1.4% fall. North of the border, footfall in Scotland fell by 3.8% year-on-year, while in Wales it fell by 2.2%

Springboard’s Marketing and Insights Director, Diane Wehrle, said that the unusually warm weather last month was unable to boost figures. “The record temperatures only occurred in the final week of the month, when footfall rose by 2.5% compared with drops in each of the preceding three weeks, averaging 3.6%.”

She continued: “Indeed, the balmy conditions certainly helped high streets, where footfall rose by 4.5% in the last week of the month, compared with an average drop of 4.1% in the preceding three weeks.”

Helen Dickinson, Chief Executive of the BRC, said: “These figures echo the month’s poor retail sales figures, which saw weak growth, particularly in bricks-and-mortar stores. While real incomes have been rising over the last year, the uncertainty surrounding Brexit appears to be driving a needs-not-wants approach.”