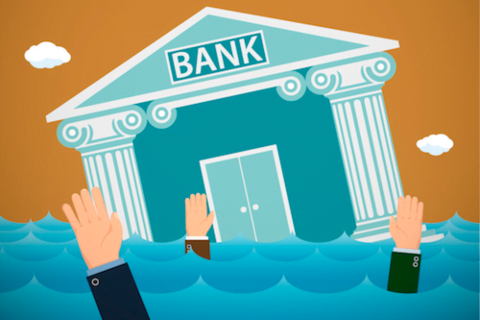 A new report by the Treasury Committee has criticised IT failures at banks. The report said that the number of online banking crashes and the level of customer disruption was unacceptable, highlighting that customers are being left ‘cashless and cut off.

The report highlighted that the issue is all the more pressing given that the number of high street bank branches and cash machines continue to fall, as the societal shift towards online banking continues to gather pace.

It found that banks were not doing enough to make sure that their systems were crash-proof, while it also said that complaints and compensation for consumers needed to be resolved more quickly.

However, the report also laid some of the blame at the door of the regulators, highlighting that the Financial Conduct Authority, Prudential Regulation Authority and Bank of England don’t have the resources or experience to deal with the increasing number of high-profile IT failures.

The report recommended that an increase in financial levies on banks would help to ensure that the regulators were adequately funded and resourced in order to better handle the challenge.

Steve Baker MP, the Committee’s lead member, said: “The number of IT failures that have occurred in the financial services sector, including TSB, Visa and Barclays, and the harm caused to consumers is unacceptable. For too long, financial institutions issue hollow words after their systems have failed, which is of no help to customers left cashless and cut off.”

Stephen Jones, the Chief Executive of UK Finance, the trade body for the financial services sector, said that the banking sector was investing billions to make sure that its systems were secure, highlighting that when incidents do occur, firms work around the clock to minimise disruption and get services back up and running as quickly as possible.

He continued: “The industry conducts sector-wide exercises with regulators to ensure it is prepared to respond effectively to any major disruptions or events as part of its continued commitment to maintaining the resilience of the financial system.”